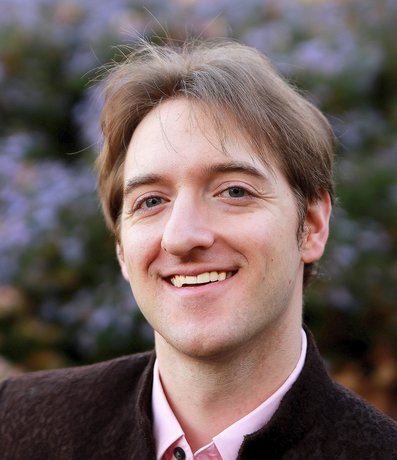 Pianist Benjamin Steinhardt enjoys an international reputation for his innovative teaching and can be regularly heard performing in the New York metro area. Placing an emphasis on creativity and exploration his teaching incorporates concepts from the Taubman Approach, Edwin Gordon’s Music Learning Theory, Dalcroze, and somatic education (Iyengar Yoga, Feldenkrais, Alexander Technique) to give students the tools to reach their highest potential. He regularly adjudicates young musician festivals and competitions and has presented on a variety of topics including “Junior Virtuosos: Laying the foundations for a healthy technique in children and teens,” “Rich Repertoire: Incorporating the 40 Piece Challenge into your private piano studio,” and “Flow and Music: Developing inner hearing through movement.” His writings and videos have been featured in “Clavier Companion: The Piano Magazine,” “American Music Teacher,” Thecuriouspianoteachers.org, and ipianoteacher.com

An artist of great versatility, Steinhardt is equally at home as pianist in the concert hall, performance artist in theater, and a conductor in the orchestra pit. Recital and chamber performances as a pianist include Weill Recital Hall at Carnegie Hall, Merkin Hall, and Greenwich Music House. Work as a musical director includes Queens Theater in the Park, the Edinburgh Fringe Festival, the New York Musical Theater Festival, Bravo television and cabaret spaces throughout NYC including The Metropolitan Room, Studio 54, and Birdland. Mr. Steinhardt served as musical director for the Emmy award winning, “News in Revue.”

Mr. Steinhardt completed his formal studies as a classical pianist at the Manhattan School of Music, The Boston Conservatory, and Mannes College. Influential teachers have included Janice Weber, Sara Crawford Drogheo, and Donn-Alexander Feder. He has studied with Dr. Teresa Dybvig, a leading figure in the field of Musician’s Wellness and the Taubman Approach since 2007