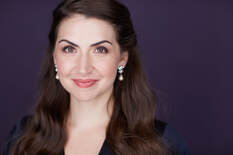 Rachel has been giving master classes and teaching privately since 2010 and is thrilled to be a part of the Long Ridge Music Center! Rachel is passionate about sharing her love for music with others and believes in creating a fun and positive learning environment for her students. As well as learning technical skills, it is important to Rachel to enable her students to gain self-esteem, performance experience and explore a variety of genres and styles during his/her musical journey.